For over 40 years, Randall Duk Kim and Anne Occhiogrosso have devoted their lives to the classical theatre through acting, directing teaching, commissioning new translations of classical works and developing a singular approach to classical text interpretation which combines, research, training and production. Central to their work with William Shakespeare is their dependence upon the First Folio as an interpretative guide. This life-long dedication to classical theatre led to their founding, in 1979, along with founding partner Charles J. Bright, now deceased, of American Players Theatre, Spring Green, WI, the only professional, outdoor classical rotating repertory theatre company in America at that time. Most recently, Kim and Occhiogrosso performed “Then Came Each Actor” a 2-character tribute to the legendary actors and actresses of the great classical tradition. 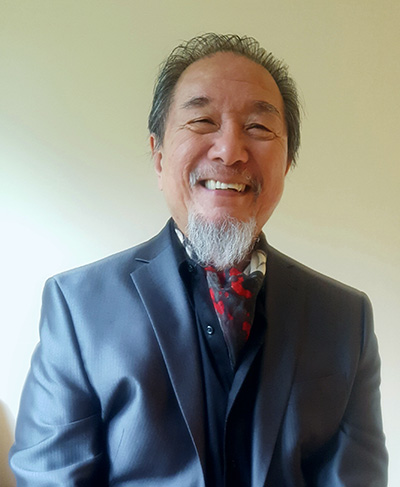 On Broadway, Randall Duk Kim has performed in The King and I, Golden Child, and Flower Drum Song. In a career spanning nearly fifty years, he has appeared on stage with the New York Shakespeare Festival in The Jungle of Cities (the Public), The Tempest (Lincoln Center), Pericles and Cymbeline (the Delacorte); the American Place Theatre in The Chickencoop Chinaman, The Karl Marx Play, The Year of the Dragon and Nourish the Beast; the Jewish Repertory Theatre in A Majority of One; the Champlain Shakespeare Festival (Burlington, Vermont) in The Taming of the Shrew, Julius Caesar, As You Like It, Titus Andronicus, The Merry Wives of Windsor, Romeo and Juliet, A Midsummer Night’s Dream and Richard III; the American Conservatory Theatre (San Francisco, California) in King Richard III, Street Scene, The Taming of the Shrew, The Three Penny Opera, Marco Millions and When We Are Married; the Guthrie Theatre (Minneapolis, Minnesota) in The Pretenders, Teibele and Her Demon, Hamlet and The Marriage; the Singapore Repertory Theatre in Golden Child and ART. In 1979 with Anne Occhiogrosso and Charles Bright, he co-founded American Players Theater in Wisconsin, serving as Artistic Director and playing such Shakespearean roles as Puck, Titus Andronicus, Petruchio, King John, Friar Laurence, Shylock, Brutus, Malvolio, Falstaff, Prospero, Hamlet and King Lear, as well as Marlowe’s Tamburlaine the Great, Chekhov’s Ivanov, Sophocles’ Oedipus Rex, Ibsen’s An Enemy of the People and Moliere’s Tartuffe.Very early in his career, Mr. Kim did one film and a few episodes on the television series Hawaii Five-O, but most of such work has only come within the last 20 years: television credits include Nourish the Beast, Prisoners in Time (BBC), The Lost Empire, 100 Centre Street, Thief, New Amsterdam, Cashmere Mafia, Fringe, Elementary and Person of Interest;film credits include General Alak in Anna and the King, The Keymaker in Matrix Reloaded, Doctor Crab in Memoirs of a Geisha, Grampa Gohan in Dragonball Evolution, The Tattoo Master in Ninja Assassin and Master Oogway in the animated franchise Kung Fu Panda. Mr. Kim is a recipient of an OBIE for “Sustained Excellence of Performance.” 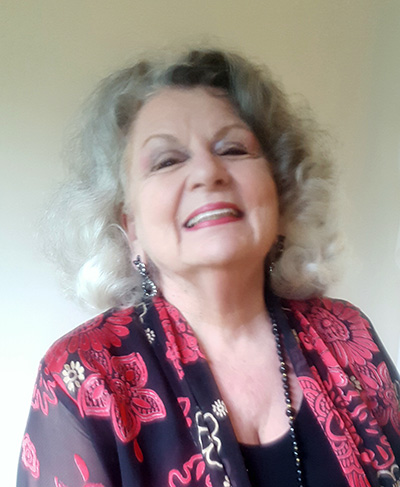 Director Anne Occhiogrosso received national attention for her body of work at American Players Theatre where she was co-artistic director. An acclaimed director, dramaturg, acting coach and actress, her focus has always been classical theatre with a special emphasis on the works of William Shakespeare. At the American Players Theatre, she directed 16 Shakespearean plays along with works of by Moliere, Ibsen, Plautus and Chekhov. She also performed the roles of The Nurse in Romeo and Juliet, Gertrude in Hamlet, Natalya in The Proposal, Madame Arkadina in The Seagull, Jocasta in Oedipus Rex and Anna Petrovna in Ivanov, a production which was co-directed by Morris Carnovsky and Phoebe Brand who have served as career mentors to both Kim and Occhiogrosso. She has also taught at the Stella Adler Conservatory of Acting and the New York Shakespeare Festival.