This summer, members of the Division of the Arts’ Inclusion, Diversity, Equity, and Access (IDEA) Committee continue their journey in anti-discrimination education. We are certainly not experts and are aware of the numerous resources available; rather, we want to share works that have captivated us.

Read on for our IDEA Committee members’ recommendations on multimedia resources to consider adding to your toolkit.

I am a white woman born and raised in apartheid-era South Africa until the age of 11, when my family immigrated to the United States. Coming from the most blatantly racist country in the world, I felt I knew everything I needed to know about how to recognize racism. In fact, what happened is that I acculturated easily to a community where people outwardly condemned racism but whose white supremacist and colonial roots ran just as deep as South Africa’s. Consequently, my anti-racist journey in the last year started with the basics. I recommend reading Dr. Robin DiAngelo’s White Fragility in tandem with I’m Still Here by Austin Channing Brown, followed up with Waking Up White by Debby Irving. While each book is powerful alone, taken together they reveal in sharp relief the everyday workings of white supremacy. The impact was to move me from recognizing whiteness as a concept to tangibly identifying it in my own life. Next up is My Grandmother’s Hands by Resmaa Menakem.

Many incredible podcasts challenged, educated, and delighted me during the depths of the pandemic and beyond. John Beiwing and Dr. Chenjerai Kumanyika’s Scene On Radio “Seeing White” and Nikole Hannah-Jones’ 1619 filled in critical gaps in my knowledge of American history.

Dr Alex Gee’s Black Like Me offers a frank perspective on life as a Black man in Madison while Lilada Gee’s Defending Black Girlhood highlights the apathy and complicity of the Madison community through an investigation into the life and death of 15 year old Erika Hill.

For queer intersectionality of LGBT, body positivity, and other issues with BIPOC experience, I listen to Roxane Gay and Dr. Tressie McMillan Cottom’s Here to Slay: The Black Feminist Podcast of Your Dreams and Alicia Garza’s Lady Don’t Take No. 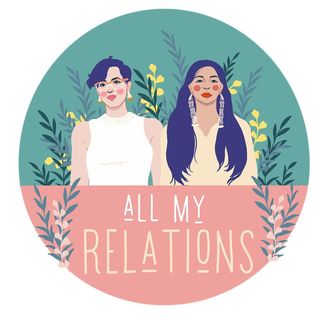 Chana Joffe-Walt’s Nice White Parents caused me to think hard about how I show up around my daughter’s education in public school, and how advocating for what I may think is in her best interest can harm other children.

Last but not least, Matika Wilbur and Dr. Adrienne Keene’s All My Relations continues to open up a window to contemporary Native American culture, communities and thought. Matika Wilbur’s unrestrained laughter is worth listening alone.

As a white cis woman who grew up in a small town in central Wisconsin, I mostly consumed media by and for the dominant (white) culture. My Radical Recs may not be so “radical” in the strictest sense of the word, but for me, these picks facilitate a better understanding of the diverse, complex world we live in.

I remember as a kid, summer was always the season I spent lots of time with my nose in a book. I love getting lost in fictional worlds and living vicariously through the characters. I just finished The Bluest Eye by Toni Morrison, which was her first novel published in 1970. The book criticizes the ways in which internalized white beauty standards deform the lives of black girls and women. Something Morrison wrote in the book’s foreword stayed front of mind as I read…

“One problem was centering the weight of the novel’s inquiry on so delicate and vulnerable a character could smash her [Pecola Breedlove, an 11-year-old Black girl] and lead readers into the comfort of pitying her rather than into an interrogation of themselves for the smashing.”

She calls on us to condemn the system that broke Pecola. With the current debate around teaching critical race theory, Toni Morrison’s literary works are a beacon. 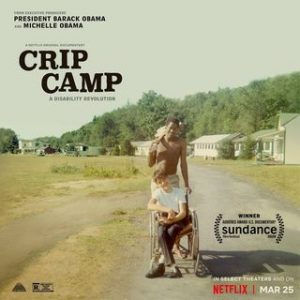 The documentary Crip Camp: A Disability Revolution, streaming on Netflix, taught me so much about the disability rights movement. For example, sidewalk curb ramps weren’t mandated until the Americans with Disabilities Act passed in 1990. It’s definitely a feel-good film, but there’s still a long way to go on the path towards equity. 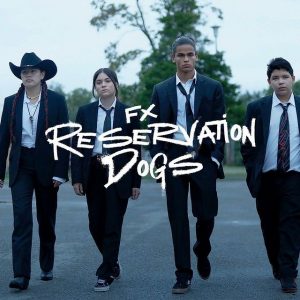 The series Reservation Dogs on Hulu is up next in my streaming queue. It’s billed as a “comedy that follows the exploits of four Indigenous teenagers in rural Oklahoma who steal, rob and save in order to get to the exotic, mysterious and faraway land of California.” I’m a big fan of Taika Waititi, an executive producer and co-creator of the show.

This summer, I’m attempting to broaden my understanding of history and of cultures outside the dominant white Midwestern culture that I was raised in. I am seeking exposure to subjects I was not taught in school in the 1980s and 90s that have shaped the world we face today. Throughout this process, I’ve sought out voices and storytellers that have historically been marginalized or silenced.

In The Color of Law: A Forgotten History of How Our Government Segregated America, Richard Rothstein lays out the myriad of ways local, state, and federal governments, government agencies, and the courts allowed and often advocated for policies that created and maintained segregation in America abetted by private banks, developers, communities, and individuals. The list of ways that housing segregation has been reinforced in America is staggering.

I am currently reading The Sum of Us: What Racism Costs Everyone and How We Can Prosper Together. Author Heather McGhee shares her journey as she collects personal stories from across the country and  explores the ways that racism has costs for everyone. McGhee outlines the appalling ways that white people have been willing to shut down a variety of programs for the social good, because of a perception that if it is benefiting one group, it must be at the expense of another. Diving deep into how this happened in America, she hopes to describe a way out that involves all of us.

I have enjoyed exploring worlds of fiction such as The Water Dancer by Ta-Nehisi Coates. In this novel, Hiram, who was born into slavery has a brush with death that reveals a mysterious power and gives him the resolve to escape the only world he knows and sets him on a path of discovery.

The Vanishing Half by Brit Bennett tells a compelling story about relationships through inseparable twins who escape their small southern town. Years later they are living very different lives, one is back in the small town living with their mother along with her own daughter, and the other is making a life with her husband and daughter but living a secret and passing as white. The story follows multiple generations as their lives become interlaced.

I have been really enjoying frequent visits to a newly opened, independent bookstore near my home called Kismet Bookshop. The owner is not only wonderful and offers an awesome alternative to online commerce, but she seems to always have a pipeline of recommendations for me to pour over. One of my finds is also complementing my Division of the Arts’ colleague, Dominique’s recommendation of The Round House, offering insight into native-American life. Another highlight in my summer reading journey was Yaa Gyasi’s Transcendent Kingdom, a compelling exploration of immigration, Christianity, science and a young researcher’s reconciliation of her multiple (sometimes conflicting) identities to ultimately find answers to her family’s pain ridden with addiction and depression. We see how Gifty, a PhD candidate in neuroscience at Stanford, devotes herself to uncovering the physiology of risk and reward in mice- in hopes of “getting inside” her brother’s addiction leading to his untimely death, and her mother’s debilitating depression that follows. Like a homecoming, I’ve returned to a book I can’t seem to get enough of. Middlesex by Jeffrey Eugenides is a change-agent for me, a book I was called back to this summer after nearly twenty years apart. It’s an old friend, a reunion, and a piece that affects me personally more than most. 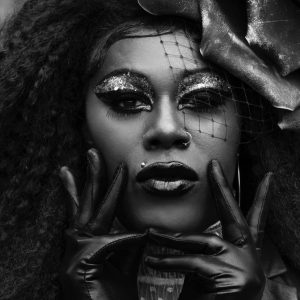 I’m also right now into Netflix’s Feel Good – a realistic depiction (finally!) of a lesbian relationship that isn’t produced by and for the male gaze. On a really light note, check out the film The Family Fang with an awesome ensemble cast, that shows how a family’s extreme dedication to the production of art suddenly becomes sticky and unethical if relationships are sacrificed along the way. It’s funny. It’s thought- provoking. It is Christopher Walken at his best but without the cowbell. Music is also important to me these days, and as a child of the 80s, I’m trying my best to stay contemporary and branch out. The artist whose songs are filling me with so much joy these days is the amazing Shea Diamond, a trans activist who found her soulful voice after running away from home and spending ten years in prison. Shea’s anthems, like “I Am Her” and “American Pie” will soon become welcome additions to your own personal soundtrack.