This summer, members of the Division of the Arts’ Inclusion, Diversity, Equity, and Access (IDEA) Committee continue their journey in anti-discrimination education. We are certainly not experts and are aware of the numerous resources available; rather, we want to share works that have captivated us.

Read on for our IDEA Committee members’ recommendations on multimedia resources to consider adding to your toolkit.

I’m a poet first and foremost, and a recent UW–Madison grad, so I’ve been reading poetry collections I didn’t have time to read during the semester. Some highlights include: a historic compilation of trans writing called We Want It All: An Anthology of Radical Trans Poetics (Nightboat Books), edited by Andrea Abi-Karam and Kay 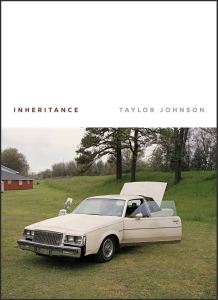 Since last spring, I’ve been a subscriber to Vanessa Taylor’s Substack newsletter Nazar, and I’ve learned so much from their writing on surveillance and the state as it targets Muslim, Black, and brown communities around the U.S. And in this period of heightened

state-sanctioned and state-led violence– especially evident in occupied Palestine–I’ve been looking for journalistic and artistic responses to depictions of that violence in dominant media. I highly recommend following the Twitter feed of East Jerusalem-based poet Mohammed El-Kurd, who also has a collection of poetry called Rifqa forthcoming with Haymarket Books later this year that I’m super excited to read. Lastly, the book on my desk that’s next to be re-read is Jules Gill-Peterson’s Histories of the Transgender Child (University of Minnesota Press), and I’m preparing to revisit the incredible biographical television series Veneno (HBO Max), and if you’re thinking about watching, I suggest the Spanish-language original, not the English dub.

I’m an immigrant to the U.S. from Switzerland; my learning always involves cultural and contextual translation. I’ve been following the public discourse on postcolonial and decolonial theory in France, which somewhat mirrors the current discourse on critical race theory in the United States. Unlike in the United States, the French debate is also anchored in French anxieties around religion – more specifically, Islam and laïcité. Interestingly, there is a strong anti-American stance to the argument in favor of limiting the influence of these theories in France: the main refrain is that they are imported to France from American universities, and that (despite significant racial inequality in France) their focus on race and acceptance of multiculturalism is not adequate for the French context and detrimental to the universalist principles of the French Republic. Most striking about this argument, to me, is the blatant omission of a plethora of global authors on postcolonial and decolonial theory, including foundational voices that emerged from the French colonial context, such as Aimé Césaire, Frantz Fanon, and Ousmane Sembène, to name just a few – none of whom shied away from addressing race in their work.

This NYT resource may offer Americans an introduction to the French debate.

Conversely, this article describes the U.S. debate around critical race theory for a French audience.

In my understanding of the above issues, I am indebted to many conversations with poet, historian, and sociologist Henri Michel Yéré.

On a lighter note, Netflix’s French show Lupin allowed me to gain access to a contemporary depiction of race in French mainstream popular culture – and to indulge in my mother tongue.

Outside of this particular topic, my summer reading has consisted of the following books, each of which offer insight into issues of identity,  belonging, and marginalization in their particular time and place: The Round House by Louise Erdrich, Transcendent Kingdom by Yaa Gyasi, and Cry, the Beloved Country by Alan Paton.

This summer, I’m going to catch up on some of the resources shared from some recent and future interdisciplinary artists. I learned more about Hip-Hop courtesy of Michele Byrd-McPhee (fall 2020), and will read all of Jayna Brown’s Babylon Girls. I became a 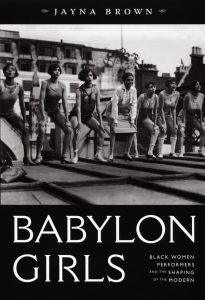 big fan of guest artist Ursula Rucker (want to buy more recordings) along with Tricia Rose – and will continue listening to and reading more of their works. To get ready for Arun Luthra’s fall 2021 residency, I’m learning more about konnakol music. I also received Maroon Futures, a new recording from the Afro Yaqui Music Collective, co-founded by Ben Barson and Gizelxanath Rodriguez (spring 2020). Related note: Ben wrote a chapter about the late Fred Ho (fall 2008) in Black Power Afterlives: The Enduring Significance of the Black Panther Party. And locally Nick Cave (fall 1999) and Bob Faust have the community driven exhibition AMENDS at the Madison Museum of Contemporary Art (MMoCA).

I started reading Robin Wall Kemmer’s Braiding Sweetgrass. My other summer reading list includes First Wave alum Jasmine Mans’ Black Girl, Call Home along with these books from multiple contributors: Mothership: Tales from Afrofuturism and Beyond, A Good Time for the Truth: Race in Minnesota 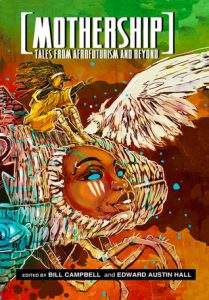 , and Somos Latinas: Voices by Wisconsin Latina Activists. Besides borrowing a lot of books from the library, I love buying from and supporting these great indie book stores: AfriWare Books, Birchbark Books, Black Garnet Books, Itty Bitty Bookstore, A Room of One’s Own, Semicolon Bookstore, and Haymarket Books (also check out their YouTube page). I was recently introduced to Aja Monet, and have been listening to Aja and other artists’ readings and presentations, including on Haymarket’s channel.

Some regional exhibitions I’m looking forward to seeing while visiting family and friends include: In the Presence of Our Ancestors: Southern Perspectives in African American Art at the Minneapolis Institute of Art (MIA), Frida Kahlo Timeless at the Cleave Carney Museum of Art in Glen Ellyn, IL, the Bisa Butler: Portraits and Obama Portraits at the Art Institute of Chicago, and Carrie Mae Weems: A Land of Broken Dreams at the University of Chicago. And locally in Madison, save the date for August 28 for the CultivARTE Festival.

If you are looking for any longer training, I recommend the nINA Collective, Nehemiah Center/Justified Anger’s Black History for a New Day course, and Urban Triage’s Co-Conspirators Workshop (currently taking). Wishing you all a good summer.

No matter what I do, I love seeing the people I know do amazing things. Two people that I love and get to work closely with wrote a book 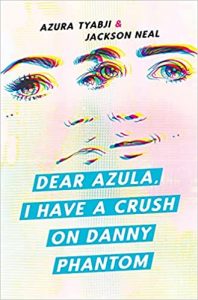 together that made me feel seen. Jackson Neal and Azura Tyabji, both UW–Madison students and a part of the First Wave Scholarship Program, are the authors of Dear Azula, I Have A Crush on Danny Phantom published through Button Poetry. The book tackles more than the nostalgia of cartoons or animated series from my childhood, but relationships with oneself and the larger definition of love for many individuals in my generation. I recommend this book for those who haven’t seen the shows mentioned throughout the book as well, because it lends an insight to what take-aways are possible for young minds.

Last December, one of my friends recommended the Minneapolis artist Dua Selah to me. My attention was immediately drawn to the cover of their 2020 EP, ROSETTA. Dua Selah is an artist where their identity is thrown into the ether for you to experience along with them. Emotional, familiar, but unique vocal performances, Dua Selah is an artist that needs to be on your playlist. And now you can catch them on the next season of Netflix’s original show, Sex Education.

Comment below to let us know what you’re getting into this summer!