The University of Wisconsin–Madison Division of the Arts (presenter) welcomes Litza Bixler as the spring 2021 interdisciplinary artist. Litza Bixler is a choreographer, filmmaker, movement director, visual artist and writer. She has produced work on stage, screen, galleries and mountains. Bixler works across the spheres of art, performance and film, and has been a working artist and educator since 1995.

For the semester, Bixler is teaching the 3-credit course “Creativity, Collaboration and the Creation of Self.” The first part of the course will focus on examining creativity in context. The second part is devoted to exploring creative collaboration and culminates in a live and/or virtual public exhibit of films, sound and images. Both parts will draw on theory and practice through lecture and discussion, creative labs and workshops, as well as research and participation in the creative process. The aim is to help students grow as creators and thinkers, and to practice communicating their ideas in an intensely collaborative environment.  For a short video about Litza Bixler and the course, click here. She is also teaching a 1-credit course focused on creativity.

The final collaborative piece examines the movement of people across borders and boundaries. Students will explore diaspora, geography and immigration as essential and positive sources of identity and ask what it means to be “from” a particular place or country. Students will explore how we move: literally, metaphorically and culturally, and examine the subtext of the question, “where are you from?”

Bixler and the students in her course will start interviewing campus and community members starting March 20 for their final event currently scheduled for May 7. If you are interested in being interviewed, please email iarp@arts.wisc.edu. The maximum time commitment will be an hour. Bixler has lived in numerous communities within three countries (England, Mexico and the United States) and is a dual national.

To supplement the course and residency, Bixler will be hosting guest artists for the students in the course. Filmmaker and educator Simon Aeppli, film editor Paul Machliss and multi-disciplinary photographer and director Sean de Sparengo will be joining the class remotely.  Their longer biographies are listed below.

From March 4-7, the UW Cinematheque will present a free view-at-home engagement of 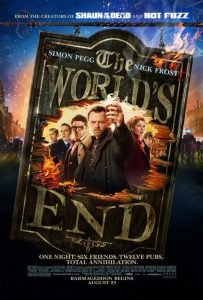 Edgar Wright’s “The World’s End” (2013) and Fritz Lang’s “Metropolis” (1927). In addition, the Cinematheque will provide a new episode of their official podcast, Cinematalk, featuring Litza Bixler discussing her collaborations with Edgar Wright, including “The World’s End,” (choreographer) and the influence of “Metropolis” on her work. Further information on how to access these free programs will be available on the Cinematheque’s blog beginning March 3 or sign up to receive free email notices about Cinematheque  programming here when you subscribe.

The spring 2021 Interdisciplinary Arts Residency Program (IARP) is presented by the UW-Madison Division of the Arts and hosted by the Dance Department with Professor Li Chiao-Ping as lead faculty. Co-sponsors include the Art Department and Department of Communication Arts.

The UW–Madison Division of the Arts’ Interdisciplinary Arts Residency Program (IARP) brings innovative artists to UW­­–Madison to teach semester-long, interdepartmental courses and to publicly present their work for campus and community audiences and is funded through the university’s Office of the Provost. 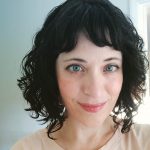 Litza Bixler is a choreographer, filmmaker, movement director, visual artist and writer. She has produced work on stage, screen, galleries and mountains. Bixler works across the spheres of art, performance and film, and has been a working artist and educator since 1995.

Bixler has created movement and action for some of the most iconic scenes in film including “Shaun of the Dead,” “Scott Pilgrim vs. the World” and “The World’s End.” She has collaborated on a movie musical, a musical series for Disney and a salsa dance comedy. She has worked with a variety of award-winning performers such as: Hugh Jackman, Colin Firth, Simon Pegg, Lake Bell, Sienna Miller, Nick Frost, David Beckham, Bill Nighy, Jude Law and Sam Rockwell.

She has created live-pieces, screenplays and paintings and worked on numerous award-winning advertisements. She has also produced live-art and physical theater pieces with her company Litza Bixler Performance. Bixler is a dual national and often explores liminal spaces, thresholds and metaphorical journeys in her work.  Bixler’s longer bio and work samples are on her website: litzabixler.com. 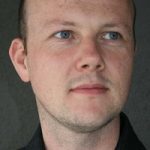 Simon Aeppli is a filmmaker and educator. His work has been screened at festivals, galleries and events in Britain and abroad. Aeppli has taught documentary immersion courses in Poland, Morocco, and London. He is currently a lecturer in documentary and filmmaking at the University of Creative Arts in England. He recently received a technē scholarship for PhD study at the “Centre for Memory, Narrative and Histories” at University of Brighton. He also received development funding for a feature-length project titled “Operation Bogeyman.” 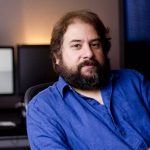 Paul Machliss (ACE) started his career cutting music documentary films. He collaborated with Edgar Wright on the cult hit television show Spaced and edited the BAFTA-winning comedies Black Books, The IT Crowd and Peep Show. He also cut the TV pilot for the critically acclaimed series “Fleabag.”Machliss also edited Edgar Wright’s films “Scott Pilgrim vs. The World”(Eddie nomination), “The World’s End”and “Baby Driver,”which he received an Oscar nomination and a BAFTA win for Best Editing. He is originally from Australia, though has lived and worked in the UK for many years. 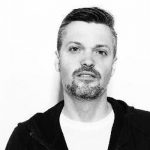 Sean de Sparengo is a multi-disciplinary photographer and director working across art, fashion, advertising and drama. He originally trained as a dancer and brings a sense of visual choreography and timing to his work. In 2014, he directed the 30-minute drama, “Counting Backwards,” which won eight Best Film awards. He recently photographed children in the remote highlands of China for the book “I Want to be the Moon;” and produced a series of large-scale photographs featuring dancers. De Sparengo is currently developing his own feature film and drama projects.