The University of Wisconsin–Madison Division of the Arts (presenter) welcomes Michele Byrd-McPhee as the fall 2020 interdisciplinary artist. Michele Byrd-McPhee is a dancer, choreographer, teacher, producer, curator and director of Ladies of Hip-Hop. Byrd-McPhee has been working for many years to re-contextualize spaces and conversation about Hip-Hop culture along gender, sex, cultural and socio-historical and racial lines for decades.

For the semester, Byrd-McPhee is teaching the course “Hip-Hop Culture, Women & the World.” Students will examine the roots of Hip-Hop culture and its current place as a global phenomenon with a specific focus on the history, contributions and experiences of women in Hip-Hop. The course will explore race, class, gender, sexuality and politics through the lens of Hip-Hop culture. Students will engage with artists using visual art, spoken word, music, dance and technology. This course will debunk perceptions and question students’ understanding of Hip-Hop culture. It will provide an introduction to the theory, practice, aesthetics and historical foundations of Hip-Hop dance. All of the residency and events will be held remotely. 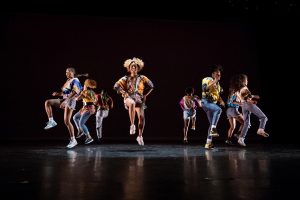 To supplement the course and residency, Byrd-McPhee and guest artists will be presenting to students in the course and hosting public events. Guest artists include spoken word and recording artist Ursula Rucker (week of Oct. 26); dancer, dance educator and scholar LaTasha Barnes (week of Oct. 19); curator, filmmaker, writer and director of BlackStar Film festival Maori Holmes (TBD); and visual artist and graphic designer Stacey “Flygirrl” Wilson (week of Nov. 2). More details about their events will posted online later this fall. Their longer biographies are listed below.

The Fall 2020 Interdisciplinary Arts Residency Program is presented by the UW–Madison Division of the Arts and hosted by the Dance Department with Assistant Professor Duane Lee Holland, Jr. as lead faculty. Co-sponsors include the Office of Multicultural Arts Initiatives (OMAI) & First Wave Learning Community, The Studio Creative Arts Community, Professional Learning and Community Education (PLACE), Art Department and Drum Power. Other campus and community supporters include Department of Afro-American Studies and Barrio Dance.

The UW–Madison Division of the Arts’ Interdisciplinary Arts Residency Program (IARP) brings innovative artists to UW­­–Madison to teach semester-long, interdepartmental courses and to publicly present their work for campus and community audiences and is funded through the university’s Office of the Provost. 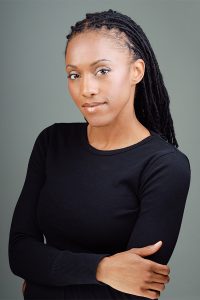 Michele Byrd-McPhee is the founder and Executive Director of Ladies of Hip-Hop. Byrd-McPhee has been working for many years to re-contextualize spaces and conversation of Hip-Hop culture along gender, sex, cultural and socio-historical and racial lines for decades. She also situates the arts and dance techniques in spaces that honor and acknowledge their roots and the many creative pioneers who have shaped them. This is especially important given the ways in which Black dance has been co-opted into studio appropriation –  given its community cultural origins. Michele Byrd-McPhee earned her BS from Temple University and an MS in Nonprofit Arts Management from Drexel University.

She has also spent the last 10  years working as a production coordinator at Brooklyn Academy of Music and then as a Senior Music Coordinator at “Late Night with Seth Meyers.” She also currently serves as the Chief Strategic and Artistic Advisor for “It’s Showtime NYC!,” besides her ongoing commitment to the Ladies of Hip-Hop Festival. 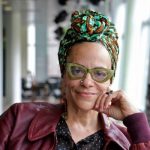 Ursula Rucker is a Philadelphia born poet, mother, activist and recording artist. She has been performing, recording and releasing works for over 20 years. She has five solo recordings and collaborated on over 100 songs. Rucker has been awarded the Leeway Foundation’s Art for Change and Transformation Awards and a Pew Fellowship. She is the subject of the documentary short “POET” and continues to perform her first one-woman show and live memoir, “My Father’s Daughter.” 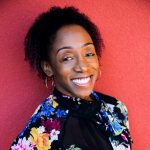 LaTasha Barnes is an internationally recognized and awarded dancer, educator, coach, entrepreneur and cultural ambassador. Barnes performs and competes in these cultural traditions:  House, Hip-Hop, Waacking, Vernacular Jazz and Lindy Hop. Besides performing in International Lindy Hop Championships and the Ladies of Hip-Hop Festival, she collaborates with many artists and organizations. Her performance and research bridges the gap between communities of practice and academic cultural dance research, performance and preservation. 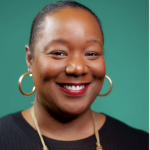 Maori Karmael Holmes is a curator, filmmaker and writer. She founded BlackStar Film Festival and serves as its Artistic Director and CEO. She has organized programs in film at notable organizations. Other projects include KinoWatt and Black Lily Film & Music Festival. As a director, her works have screened internationally including her feature documentary “Scene Not Heard: Women in Philadelphia Hip-Hop” (2006). Her writing has appeared in multiple outlets. 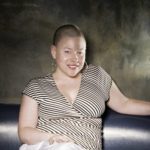 Stacey “Flygirrl” Wilson is the founder of Flygirrl which incorporates her art, design, music and ground-breaking promotions and events. She has produced and promoted thousands of events. Her design and event production clients include a long roster of notable artists. Her art works on wood, canvas and sneakers have been featured in various exhibitions, media outlets and TV shows. Wilson teaches graphic design classes as well as teaching painting for all ages. 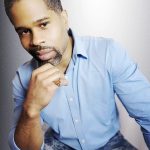 Duane Lee Holland, Jr. comes to UW-Madison after serving as a full-time associate professor of dance and Hip-Hop instructor at Boston Conservatory at Berklee in Boston, MA. His professional background includes work as a performer with some of the top Hip-Hop and modern dance choreographers in the world, including Ronald K. Brown, Garth Fagan, Bill T. Jones, Rennie Harris, Maurice Hines and Makeda Thomas. He has served as the assistant artistic director of Rennie Harris Puremovement, the first theatrical Hip-Hop dance company in the U.S. and has performed in the original cast of “The Lion King” on Broadway. Holland is the lead faculty for Michele Byrd-McPhee’s residency and is the Assistant Professor in the Dance Department.