For the fourth year, the Wisconsin Film Festival (April 5-12) is offering children’s cinema programming “Big Screens, Little Folks (BSLF)” from April 6-8 with some films shown on April 6 when some public K-12 schools are closed in the Madison area.

This year’s Big Screens, Little Folks public programming includes two series of shorts — Short But Not So Sweet: Revolting Rhymes (suggested ages 9+), Shorter and Sweeter (suggested ages 5-8) and four feature length films. The feature films are The Big Bad Fox & Other Tales (ages 8+), The Mystery of Green Hill (ages 10+), Not Without Us (ages 11+) and Tesoros (ages 7+).

In addition to the films shown during this time, educator Luke Bassuener and some of his 4th and 5th grade students at Madison’s Crestwood Elementary School created this year’s BSLF trailer. Bassuener and some of his students last year won a Golden Badger Award for their stop motion film Daedalus & Icarus. They created an additional film this year, Isis and Osiris which will be part of the Short But No So Sweet series. Per Bassuener “It’s amazing what kids can do when you turn them loose with cardboard, paper, and an iPad propped up in a flipped over plastic cup with a slot cut in it.”

This year’s family-friendly line-up, programmed by Karin Kolb, offers award-winning short films and features from all around the world and introduces children to a variety of cinematic styles and techniques. This is an opportunity for kids of all ages, to experience films on the big screen. For international films with dialogue, English subtitles are included. All program descriptions were written by Kolb.

Tickets are $5 for all ages to any Big Screens, Little Folks (BSLF) films, plus a $1 processing fee.

In addition to the public screenings, over 2,000 regional students will participate in field trips this year. Elementary children will see BSLF films and high school students will see a special screening of The Taste of Rice Flower for World Cinema Day. This year, the Wisconsin Film Festival received generous support from the Anonymous Fund, enabling the festival to offer school field trips without any cost to schools and families.

All tickets will be charge a $1 processing fee.

All Big Screens, Little Folks films and workshop take place on the UW–Madison campus at the Union South Marquee at 1308 West Dayton Street. 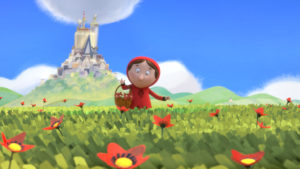 Short But Not So Sweet: Revolting Rhymes (ages 9+)

This programming includes the short Isis and Osiris stop motion film that was created by 4th grade students and the feature Revolting Rhymes is a collection of classic fairy tales with fresh twists and endings – and was nominated for an Academy Award for Best Animated Short.

Fourteen short films from five countries are part of the Shorter and Sweeter programming. Viewers will meet numerous animals and people and their adventures.

When: Friday, April 6 at 1:45 pm | 85 min (both films)
Director: Patrick Imbert and Benjamin Renner | France | In French with English subtitles | 2017
Click here to watch the trailer. 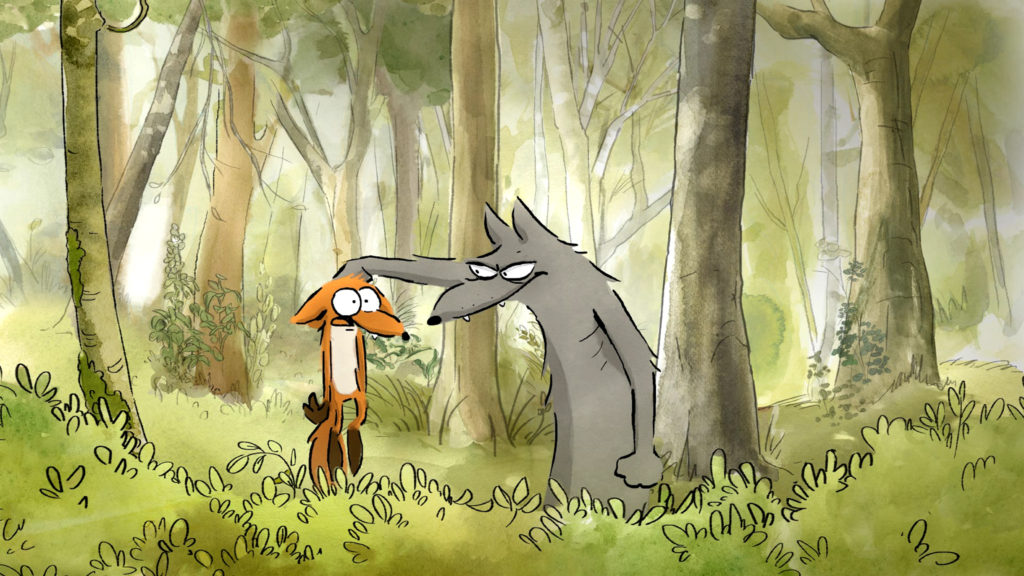 The film unfolds as a play with three acts “A Baby to Deliver,” “The Big Bad Fox” and “The Perfect Christmas” that are all infused with the wit and sophisticated humor of Renner and Regnaud. With beautifully hand-drawn 2-D animation, the three interlocking stories offer a sensitive and beautiful portrayal of family, but they are also full of memorable laugh-out-gags with a Looney Tunes feel. Join us for the adventures of Rabbit, who plays stork, Duck, who wants to be Santa Claus and Fox, who hopes to eat hatchlings but may change his mind, while they are all guarded by their delightful, hilarious, easily annoyed friend Pig. Ages 8+

Includes the short film Hamlet.Comedy/Gamlet.Komedia (Director: Eugeniy Fadeyev | Russia | 2016). A class attends a Hamlet performance with their teacher and things quickly get completely out of hand. 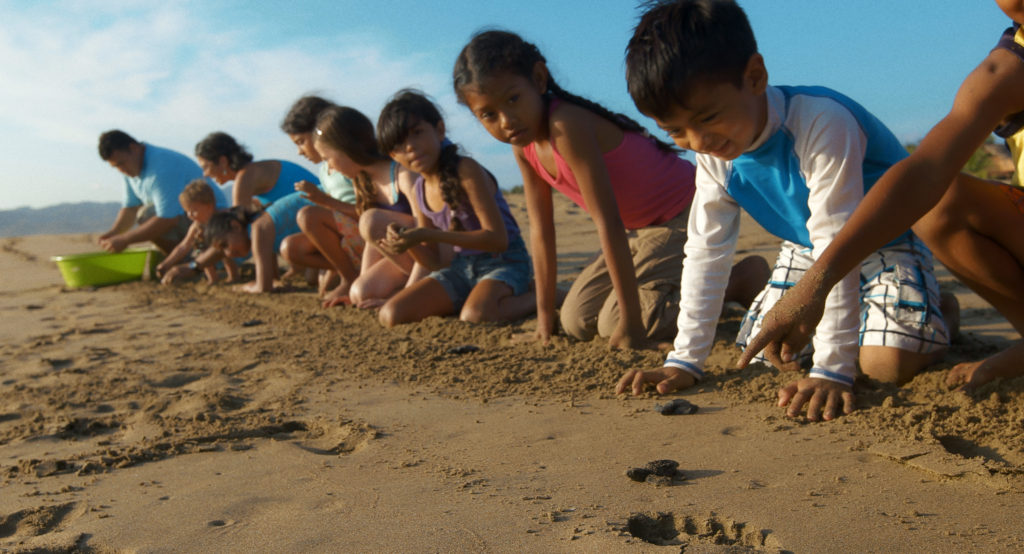 Set in Barra de Potosí on Mexico’s stunning Pacific coast, María Novaro’s feature puts us in the capable hands of eight-year old Jacinta as she guides us through the story of bilingual siblings Dylan, Andrea and Lucas (all three are played by Novaro’s grandchildren) and their everyday adventures upon moving to the coastal fishing community. Armed with free time, curiosity, intelligence, a tablet and some maps, they set off with their new friends looking for long lost pirate “tesoros” left by Sir Francis Drake 400 years ago. In the director’s own words:”Tesoros is a movie for children, but it really is my response to the violence and pain in Mexico. I wanted to talk to children about something else which is also Mexico, as true as the violence, and which can strengthen optimism about the future.” Ages 7+

Includes the short film A Hole/El Aguijero (Director: Maribel Suarez | Mexico | 2017). A little girl longs for a playmate in the garden.

Not Without Us/Nicht Ohne Uns

When: Saturday, April 7 at 11:45 am | 91 min (both films)
Director: Sigrid Klausmann | Germany | In German, Icelandic, Japanese and Spanish with English subtitles | 2016
Click here to watch the trailer.

Sigrid Klausmann’s moving documentary follows 16 children from 15 countries across five continents. Each child is interviewed while undertaking their unique journeys to school, including trips by foot, bike, bus, boat, subway, donkey, skateboard and skis. Interesting, and maybe unforeseen, is that however different their living environments, however different their personalities, the fears, hopes and dreams of these children seem to be the same. It doesn’t appear to make a difference if they are growing up in a city, rainforest, plateau, snow-covered mountain, small town or a river delta – these children from all over the world seem to have one voice when they talk about their fear of war and violence as well as environmental pollution, climate change and the destruction of natural habitats and resources. They all want to change the world, and they all long for security and happiness. Klausmann’s thought-provoking documentary is about the future of planet earth – a future that these children will hopefully shape. A future that will not exist without someone they can trust, someone who helps them in life: family and friends. Winner of several best documentary awards including the Children’s Jury Prize at the Chicago International Children’s Film Festival. Content advisory: The film mentions serious global issues, including child abuse, prostitution, trafficking and child labor. Ages 11+

Includes the short film School’s Out (Director: Julie Zammarchi | USA | 2016). Reverend James Seawood grew up in the 1950s in Sheridan, Arkansas, and attended an all-black school. As the population diminished, James’ mother became his school’s principal, janitor and whatever else was needed in order to keep the school open.

Coming-of-age adventure set in an idyllic Croatian countryside, based on the popular novel by Ivan Kušan with the same title. Koko and his friends enjoy their summer holiday on the lake by hanging out, playing games and scaring each other with ghost stories told around camp fires. But what begins as a regular vacation turns into a mystery that needs to be solved after households in the small community get robbed night after night. When the police ignore the suspicion that the burglars could be amongst the villagers, the local boys are suddenly in hot pursuit of the thieves. What they did not plan on however, is that they will need help from some pesky girls. Černić’s debut film celebrates friendship, first love and the bittersweet reward of doing the right thing, even when the answers you find aren’t the ones you wanted to know. Ages 10+

Includes the short film Sleepover/La invitación (Director: Susana Casares | Spain | 2016). Afraid to lose her friends, Silvia invites them to a sleepover party. But things can be complicated when you only pretend to live in a house. Nominated for a Goya Award for Best Spanish short film in 2017.

The workshop is based on films shown during Big Screens, Little Folks and are offered in partnership with the Madison Public Library. It is free and no advance registration is needed and will take place in Union South (for exact room, see the “Today In The Union” on TV screens on the actual day).

Children will learn the basics of creating a stop motion animated story. This is a hands-on workshop with all supplies and equipment provided. Using markers, whiteboards and props, each participant creates their own short stop motion film. Madison Public Library librarian, Jaime Vache, leads the workshop with Luke Bassuener, 4th grade teacher at Crestwood Elementary, whose class won a Golden Badger Award this year for their stop motion film.