The Tuesday Night Movie Club‘s inaugural season ends with a special treat, Joe Swanberg’s Happy Christmas (WFF ’14) on the campus. Swanberg will introduce his film (he’s the director, producer, actor, and screenwriter), and be available for a post-screening Q&A. In addition, Swanberg will meet with several classes of film students.

Starring Anna Kendrick (Pitch Perfect), Lena Dunham (Girls) and Swanberg himself, Happy Christmas was a crowd-pleasing, instant sellout when it screened at the 2014 Festival.

This is the description of Happy Christmas in the 2014 Wisconsin Film Festival (WFF) Film Guide: 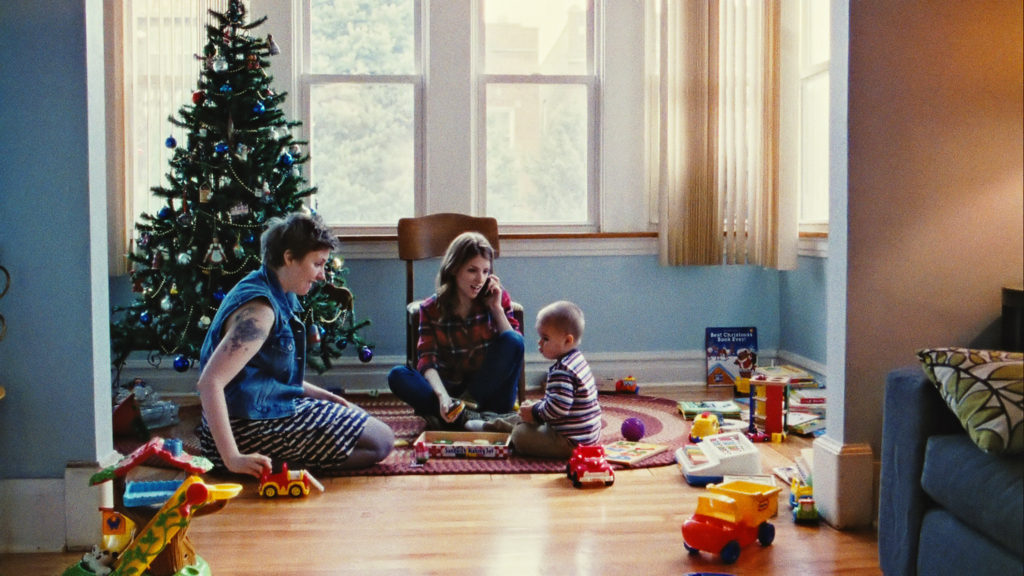 “The accomplished and prolific independent filmmaker Joe Swanberg, who presented “All the Light in the Sky” in last year’s WFF, has returned with one of his most distinguished and entertaining efforts yet. Anna Kendrick, star of “Pitch Perfect” and Swanberg’s “Drinking Buddies,” plays Carson, who decides to join her brother Jeff (Swanberg) and his family for the holidays in Chicago. The unemployed Carson is not exactly a responsible person. She’s still young, but old enough to know better than to get wasted and pass out on a stranger’s bed when her best friend (Lena Dunham of “Girls”) brings her to a party. This episode increases the already existing tension between Carson and Jeff’s wife, Jenny (Melanie Lynskey), who is trying to find time to continue her writing while raising a toddler (the director’s son, Jude Swanberg, a scene-stealer if there ever was one). In a series of sometimes funny, sometimes quietly moving scenes, Swanberg charts Carson’s tentative first steps towards becoming an adult, as well as her family’s growing acceptance of her often-difficult behavior. Using his own home as the principal location and shooting on gorgeously grainy 16mm film, Swanberg and his terrific cast have crafted a mini marvel of personal cinema. 2014 Sundance Film Festival.”

Tuesday Night Movie Club screenings are free of charge, and are co-presented by the UW–Madison Arts Institute, UW–Madison Department of Communication Arts, and WUD Film, with support from the UW-Madison Brittingham Trust.