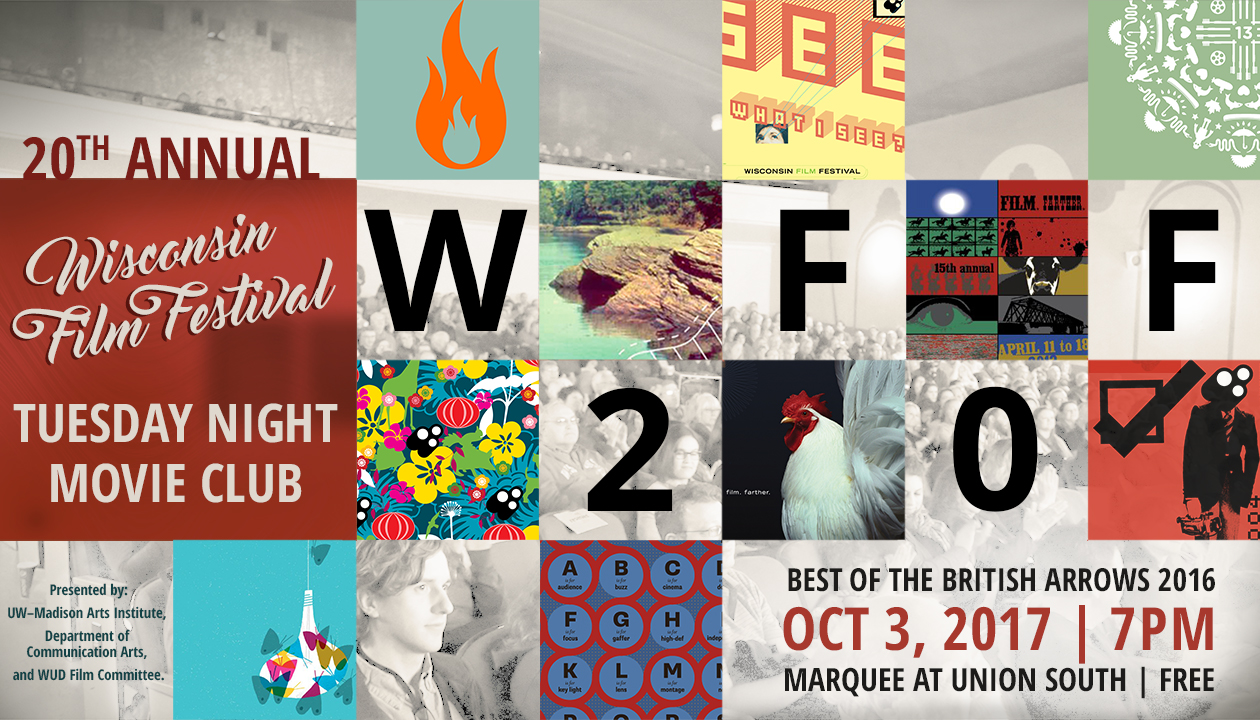 Tuesday Night Movie Club kicks off on Tuesday, October 3 with a bit of unfinished 2017 Festival business; Best of the British Arrows, a program that has proven to be an extremely popular Festival attraction over the years! This compilation of 2016 winners of the British Arrows Awards puts the spotlight on the latest and best commercials from the world of British advertising as well as some previous winners culled from the 40 years of British Arrows.

All Tuesday Night Movie Club screenings will feature trailers from previous Wisconsin Film Festivals, Golden Badger Award winning shorts and giveaways of Festival merchandise. Future selections will be announced at each screening, and some will feature special guest filmmakers and other surprises.

The Marquee at Union South is the home venue for all Tuesday Night Movie Club screenings. The Marquee, a popular festival venue, provides easy access to food, drink, popcorn and other snacks available at The Sett, Urban Slice, Badger Market and Daily Scoop. Come early, and stay afterwards.

It is highly suggested that Film Festival Fans place a big heart around the first Tuesday of every month through March 2018, with January being an exception (January’s event will be January 16). The films start at 7:00 p.m., with doors opening to the Marquee at 6:30 p.m. Seating is limited and first come first served.

Tuesday Night Movie Club is co-presented by UW–Madison Arts Institute, Department of Communication Arts and WUD Film on the UW–Madison campus.