Details on screening dates and times are available in the film guide on March 9.

The Salesman is a powerful, suspenseful and troubling look at how a mysterious act of violence leads to a growing atmosphere of distrust and tension between a husband and wife. While in rehearsal for a theater production of Arthur Miller’s “Death of a Salesman,” married actors Emad (Shahab Hosseini) and Rana (Taraneh Alidoosti) first have their lives upended when their Tehran apartment building almost collapses and they are forced to move to shabbier dwellings. While Emad is away, the arrival of an unknown intruder leaves Rana injured, shaken, and left with conflicting memories of the events. Emad, confused, angry and increasingly obsessed with what happened, independently begins to investigate the identity of the criminal. Meanwhile, the fracturing of the artistic couple’s relationship seems to provide added resonance to their portrayals of Willy and Linda Loman.

Internationally celebrated writer/director Asghar Farhadi once again employs the masterful storytelling techniques he put to use in his other unnerving tales of domestic disruption like “Fireworks Wednesday,” “About Elly” and his first Oscar winner, “A Separation.” Farhadi knows precisely where to put a camera and his innate sense of knowing what to show us and what not to show us keeps us on the edge of our seats. Winner, Best Screenplay & Best Actor, 2016 Cannes Film Festival.

This tender, funny and refreshing movie uses stop-motion techniques to explore the emotional tumult of childhood and pre-adolescence. After a tragic accident leaves him motherless, Young Icare finds himself placed in a group foster home with other neglected, abandoned or orphaned kids and pre-teens. Icare, given the not-so-endearing nickname of “Courgette” (or “Zucchini”) by his late mother, faces some expected difficulties in transitioning to his new world. Soon, however, he finds the love, friendship and support he never knew before in his relationships with the group home staff, a kind-hearted policeman, and, above all, his fellow children.

Avoiding cuteness and whimsy at every turn, director Claude Barras yields astounding emotional depths from his cast of wide-eyed figures with tiny frames and oversized heads. Barras’ deft balancing act reveals a number of sometimes painful, sometimes liberating universal insights about the need to love and be loved and the solidarity of youth. The César Award-winning screenplay, an adaptation of a novel by Gilles Paris, is by accomplished filmmaker Celine Sciamma, who has already moved WFF audiences with her own tales of adolescence like “Tomboy” (WFF 2012) and “Girlhood” (WFF 2015). “My Life as a Zucchini” will screen both in its original French language version and in an English language version that features the voices of Nick Offerman, Will Forte, Ellen Page and Amy Sedaris. 2016 Cannes & Toronto Film Festivals; 2017 Sundance Film Festival. 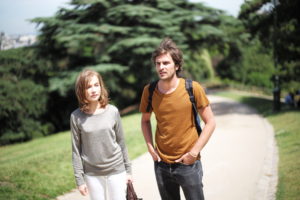 Academy Award nominee Isabelle Huppert could just as easily have been nominated for her superlative performance as Nathalie, a strong-willed philosophy professor whose husband suddenly leaves her for another woman. Starting over in late middle age, she gravitates towards the radical politics of her youth, as embodied by one of her protégés. As in “Elle,” Huppert inhabits her character with matchless autonomy and elegance. Among its many rewards, “Things to Come” is a chance to witness one of the world’s greatest actresses at the top of her game.